The suspicion of doctor Chaccour 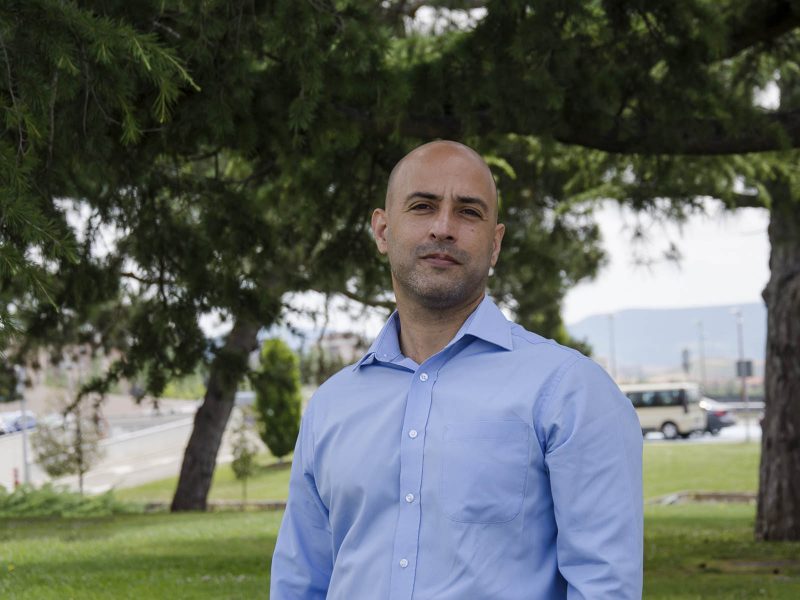 The suspicion of doctor Chaccour was originally published in Prodavinci on Monday, July 13, 2020, with the support of the Pulitzer Center.

This Venezuelan scientist detected an error in the data that supported the prescription of ivermectin to treat the coronavirus.

He never checked his phone before praying in the morning, but that Monday he couldn’t fight the urge to learn more about the pandemic. “Carlos, have you seen this?,” they asked him in an email. It was a link to a four-page document. A preprint, a scientific publication that has not yet been reviewed by experts other than the authors. Venezuelan doctor Carlos Chaccour went down to the last page to see the conclusion. He found a graph showing an almost miraculous effect: 80% less mortality in COVID-19 patients treated with ivermectin. Where did that result come from?

Sitting on the bed in his room in Pamplona, ​​Spain, he returned to the beginning of the document titled “Ivermectin in COVID-19 Related Critical Illnesses.” He reviewed the names of the authors and their credentials. The most noteworthy was Mandeep Mehra, a professor at Harvard Medical School at the Vascular and Heart Center at Brigham and Women’s Hospital. With that academic endorsement, he knew that this was an important team.

Scientists and laboratories rushed to find an effective treatment for the coronavirus, three weeks after the World Health Organization declared the pandemic. The WHO had 1,210,956 infected and 67,594 deaths worldwide by Monday, April 6, 2020, when the preprint was published.

The authors referred, in the first paragraph, to a study by a group of Australian scientists, which found through an experiment with in vitro cells that high doses of ivermectin inhibited the reproduction of the coronavirus.

Carlos Chaccour understood that the Australian experiment fostered hope. But he also knew that it was impossible to deliver such high doses to a patient. He was concerned that governments and doctors had assumed that the results of an in vitro experiment could be automatically replicated in the treatment of people.
Ivermectin is an antiparasitic that can modulate the immune response. In a delicate balance, the immune system attacks a pathogen that reproduces within a cell and inhibits defense against those that reproduce outside. Or vice versa. In the case of COVID-19, it is not known whether ivermectin would be beneficial to the immune system or would weaken the body’s response to the coronavirus. Chaccour had studied the drug for the past ten years and knew that many clinical trials were needed to see if it was an effective treatment.

In the second paragraph of the preprint it said that it was an “observational study” with data from 169 hospitals in Asia, Europe, Africa and America (North and South). The authors evaluated the records of patients who had coronavirus lung injuries and had received mechanical ventilation, between January 1 and March 1, 2020.

Of 1,970 patients, 52 had received ivermectin, three of them in Africa. The data alarmed Carlos. He had reviewed the WHO global contagion report the day before, and by March 1 there were not even three patients infected in Africa. There was one in Algeria and one in Nigeria. He kept track of Africa because he was conducting a clinical trial with ivermectin in Mozambique and Tanzania. He doubted everyone had received the medicine.

To continue reading The suspicion of doctor Chaccour in Spanish, click here…

← The power behind chloroquine “Daddy, I’m skinny. I want to go to Trinidad” →